How can I NOT write about the Portland Zine Symposium?

I learned so much!  Mark Campos and I took the Bolt Bus down and rode the tri-met train from downtown PDX to the convention center.  There I wheeled our 20+ pounds of books and clothes through heat and past a Denny's (Woah, they still exist?) to the convention.

To our left was PsychoNotArt, the main progenerator being quite congenial and selling a space love romantic parody comic plus gooey eyeball art t-shirts.  MJ.  He was funny, laid back and an awesome table-mate.  To the right of us was Nada, a Seattle-based zine, the fearless leader of which compiled art and writing by other people.  His role?  To create beautiful objects out of what they gave him.  Zines with felt patterns, antiquated color Mickey Mouse prints inserted inside, AND


Lovely tiny, precious, rediculously cute match books folded up with a poem inside that says "Don't like it?  Ignite it!".  Reminded me of Lisa Gill putting Haiku inside of Hershey's Kisses the first Alburquerque Poetry Festival I attended. Too sweet.  Everybody melted for them.

It made me think of art as object.  My shiny, flat comics may need a makeover.  Maybe.

At the after party at the Independent Publishing Resource Center (Seattle?  Why don't we have this?)  all of the zinesters were well-fed, well quenched and there was a crazy contingency of Chicago artists who kind of haunted me, since I'll be drawing Chicago into my grapic novel.  One gentleman who goes by Jim Joyce read some powerful prose about catholic guilt.  I tagged him to tell him I once read at the Green Mill as a slam poet, and later said "I think I'm too sensitive."  To which he replied "Not if you held the floor at Green Mill with Marc Smith."


Naw.  Marc "Slampappi" Smith is a sweetie.  Yes, the Green Mill is the birthplace of slam.  Check it out.

Rode home on the Bolt Bus again with Mark Campos and I talking about the graphic novel.  Where is the story about female friendship?  Where is the women's version of On The Road?


The one story I can fall back on I saw first as a movie.  Julia.  Based on Lillian Hellman's novel Pentimento.  Just that one story.  Amazing.  So, There for the grace of God (or whatever you believe in) go I.

In the mean time, Mark took this shot of me preparing for day 2, lacking lipstick and resorting to Sharpie.  When I arrived I got to connect with several very powerful women comics artists--Colleen Frakes, Amanda Blix and again Annie Murphy.  Also met up with legendary slam poetessa Melody Jordan and had my comics enlisted into the archives of the Whatcom County Library.

I love my community.  Until next time.  I'm off to DUNE.

PS--Huge breakthroughs on the graphic novel.  I'll be writing about that next week.


C-log posts on comics, publication and community that publishes on Tuesdays.

This week I had planned on writing about why I continue to publish under the moniker "Gone Girl Comics" when there is a salacious New York Times best-selling novel with the same first name. (Spoiler Alert:  I used it first.)

However, I've been gearing up for the Portland Zine Symposium instead.  Fire up your long-neck staplers, ladies and gentlemen!  We're going south.  You can come find me at the Ambridge Event Center, Table 35C.

I've been publishing comics for two years, and I've tabled less than a handful of events. I've learned to pack lots of water, a handful of snacks, a "bank" of change--even if you do have one of those credit card readers--and maybe a friend who can break you so that you can check out all of the other awesome cartoonists.

Happily, my first tabling experience was Short Run.  If you haven't experienced Short Run, Seattle's Comix and Arts Festival, it's worth checking out.  I've written about the event before,.  It was packed, shoulder-to-shoulder, throughout the day and I moved more than 90 minicomics.  Phenomenal.

This year, Short Run occurs on Friday, October 31st, and the organizers have moved it to the Fisher Pavilion at Seattle Center, with ancillary events and special guests abounding.  More information here.

Other festivals I've tabled include the first annual Bellingham Comic Arts Festival (BellCAF) and the Olympia Comics Festival.  I also attended Northwest Lineworks 2015 as a spectator, another Portland event, and came home with stacks of books including some by exceptional artists such as Nicole Georges, Hazel Newlevant, Annie Murphy and SO MANY MORE.

Exterminator City and Other Events.

One of the most unusual and unusually effective tabling events is Exterminator City, a neighborhood comics market in the Greenwood district of Seattle. Organized by cartoonist Seth Goodkind at Push/Pull Gallery, the event is as grass roots as it gets.  And packed.  And I made a mint at the last Exterminator City I participated in.  OK, over $100, which is not bad when you're selling merch at $5 or less for half a day.

While I don't have anything on the books after Portland Zine Symposium, I'm setting my sights on the next CAKE in Chicago and possibly LA Zine Fest 2016.

And tune in next week for Gone Girl Comics: Origins.

C-log posts on comics, publication and community that publishes on Tuesdays.
Posted by Noel Franklin at 6:15 PM No comments:


Gone Girl Comics has been gone for too long.  There's actually some really legit reasons for dropping off the map, but that is a comic for an entirely different day.  TODAY I want to catch C-Log up to speed on artistic developments. 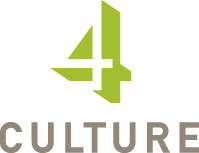 I will be returning to a weekly blog, not only because I actually love it, but also because I'm now legally obligated to.  No, it's not part of a parole agreement.  I am blessed and lucky enough to have received a grant for 4Culture, the cultural services agency for King County, Washington.  It's in support of creating my first graphic novel, and blogging the process is part of fulfilling the grant.

I want to sincerely thank 4Culture for everything they do.   More about 4Culture, plus a full list of 2015 recipients here.

Notification of the 4Culture award came on the heels of Gone Girl Comics winning the I Heart Comics Art award at Emerald City Comicon.  The award is sponsored by female entrepreneur Danielle Davis' promotion firm, Ladykiller, who organizes the contest, raises money and prizes for the awards AND throws a blow-out party to give the awards away.

ALL of the finalists were fantastic.  Absolutely.  The best part about that is Ladykiller works with their finalists all year by curating shows and hosting us at their Emerald City Comicon Booth in 2016.  If you are a PNW cartoonist, I suggest you get involved with next year's contest.  It's been a great experience.

Graphic Novel, I'm Coming For Ya!

An idea is just an idea until you secure the resources to make it a reality.  I woke up this morning and realized that the graphic novel is now real.  It's been an idea for so long that having resources, a contract, defined deliverables and a timeline is almost frightening.  Almost.

Once I started thinking about a graphic novel in terms of fulfilling a grant contract, my project management brain kicked in.  It's a job now, and for some reason thinking about it that way gives me enough emotional distance to tackle it in pieces and parts.

Today, I created a project binder.  Now it's real, right?  And I wrote this blog.  Next week I'll get down to the nitty gritty of the story I'm about to tackle.

Take Away:  APPLY FOR THINGS

If you are a creator, research opportunities and apply for them.  Ask for money, for shows, for residencies.  Someone gets them, why not us?  Don't ask, don't get.

If you are living in Seattle, there's a grant coming up from the City of Seattle Office of Arts and Cultural Affairs.  The deadline is July 22nd and you can find details on it here:  http://www.seattle.gov/arts/funding/individual.asp

I'll post deadlines as I hear of them.  Until next week!

Posted by Noel Franklin at 7:09 AM No comments: