I have great news regarding anthology publication this year.

In November of 2013 I became determined to get comics short stories published in anthologies.  I figured this would keep me drawing regularly, get my art out there, sometimes bring in money and ultimate make the case for signing a book deal on a graphic novel.  This post is an update on an earlier post about starting my adventures in publishing that can be found here.


One of the publishers I am working with - Canada-based 11th Dimension Press - is putting together an anthology of straight-forward prose as well as comics short stories inspired by rock songs.  NOT ONLY THAT, but they will be having independent bands cover the songs and put out an accompanying CD's.  It's a short turn around, but pitch your stories.

Here is the link to the 11th Dimension Press call for submissions.

Only 2 MORE DAYS to pre-order The Strumpet.  Eight dollars gets you A LOT of story!

The Strumpet is an anthology of women cartoonists that publishes in both England and America, and is currently edited by a fabulous cartoonist in her own right -  Ellen Lindner.  It features over 50 pages of work by 18 female artists.

This is Issue #4 of The Strumpet and it is themed around women's friendships.  I LOVE this because so much of what is represented in the media are not reflective of women's voices or actual experiences around friendship.  The story I created for The Strumpet is the most difficult work of art that I've tackled to date, because I had to smoosh dacades worth of friendship into three pages to tell the story of my friendship with fellow female artist and carpenter, Lisa Mei Ling Fong.

Check out The Strumpet Kickstarter page here.   And if you miss out on the Kickstarter, it will eventually be available on Ellen Lindner's Etsy Page. 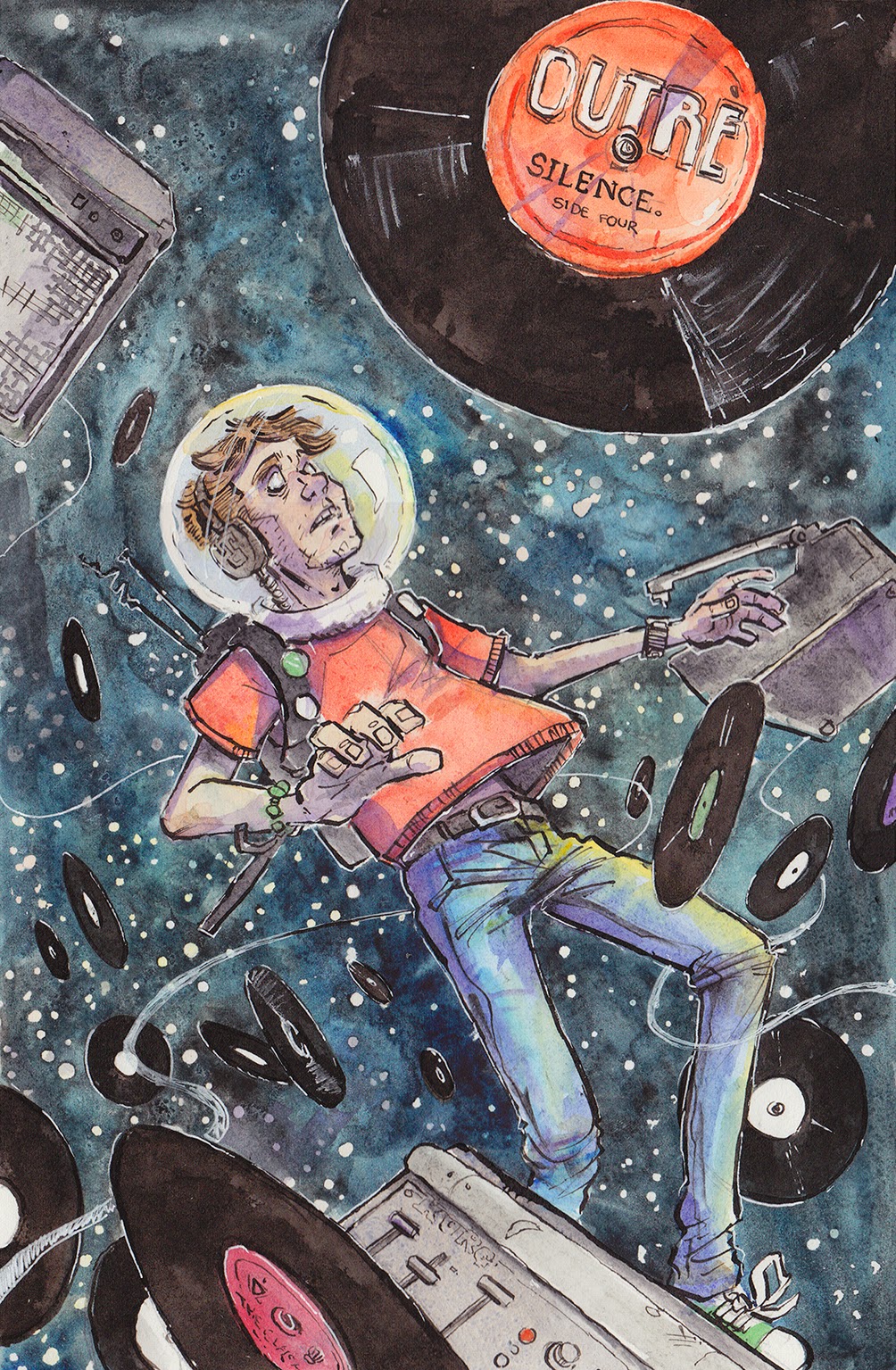 While several of the anthologies I'm working with are still in the process of being published, I have works running currently in two publications that you can access for free.

Outre Press out of Norway is a free online journal that features themed issues.  Issue #4 is "Silence" and can be downloaded here.  They ran a super sweet Creator Spotlight for me on their blog here.

While I only did a 1-page illustration for Outre, I created a 17-page rendition of a dark Czech folk tale for Blood Root #3, which also features work by Haan Lee, Ram V and Kishore Mohan.  You can purchase the lovingly designed print edition here.  You can also find free and pay-what-you-can titles from Sawdust Press here.

Well, there is SO MUCH GOING ON in Seattle comics right now, and so much more in motion with anthologies, that I could keep writing forever.  However, until next post. . .

Posted by Noel Franklin at 10:16 AM No comments: 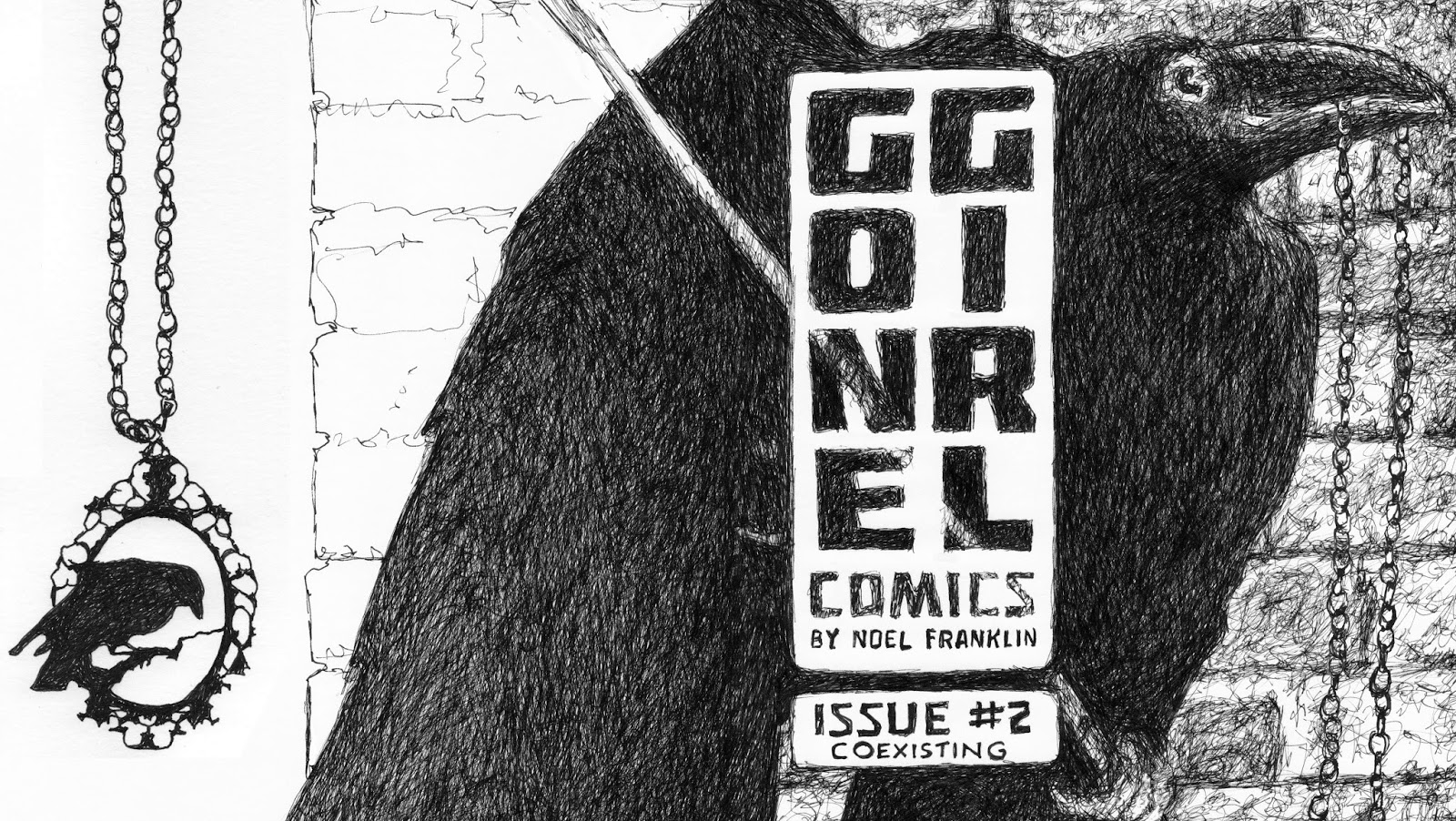 The event is actually a poetry reading, called What's The Word, where I'll be performing spoken word, talking about comics and selling books.  If you are in Seattle, come on by, it starts at 7:30.  If you write, bring something for the open mic as well.  I'll be doing a feature set at some point in the evening. 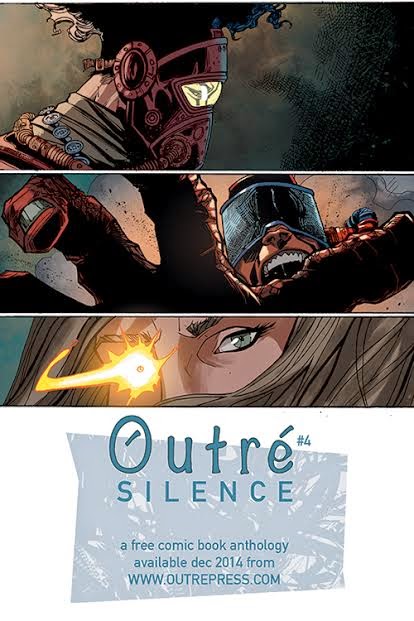 In addition to having Gone Girl Comics Issues #1 and #2, I have copies of Blood Root #3 available.  It features my 17-page adaptation of a Czech folk tale, Jezinkas, as well as works by artists from India, England and New York.

Funny story--both the new Gone Girl Comic and Blood Root #3 have crows and ravens on the covers!  Total coincidence, but it makes me happy.

You can find the full event details here.  I'd love to see you there!

This FRIDAY, December 5th, Norway-based Outre Press will be releasing their 4th issue, FREE online at http://outrepress.com/ .       This issue is based around the concept of "silence" and I was invited to contribute an illustration.  I will have a free postcard announcing the new issue of Outre at my performance on Thursday night.

Outre did a "Creator Spotlight" for me, as well, which was sweet.

I have some good news regarding anthology publication, but I'm going to wait and share it a little bit later.  Check back next week for a full update on The Anthology Game.  (You can read my original post about why I'm engaging anthologies as extensively as I am here.)

So About That Kickstarter... 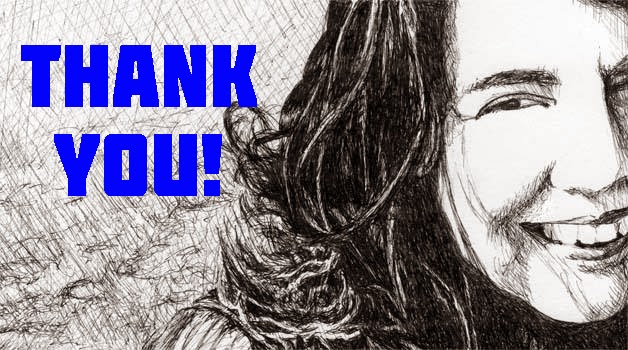 I am incredibly grateful to the amazing group of people who backed the Gone Girl Comics #2 Kickstarter campaign!  I've added a "Thank You" page on my website here.

I feel incredibly lucky that my campaign actually exceeded goal.  My original goal was actually a little too close to the bone to do everything I wanted to do.

I promised to spill all of my secrets about running the campaign, so here are my insights, having never done it before:

I have A LOT of people to thank.  I was even going to thank everyone who shared the video, but it's actually impossible to keep track.  I do want to give a shout out to inktart.org and The Comics Grinder for running articles on my campaign.  It was really an intense experience, and I'm excited that it resulted in printed books that people can hold in their hands and enjoy!

Thank you!  Until next time...

Posted by Noel Franklin at 12:23 PM No comments: